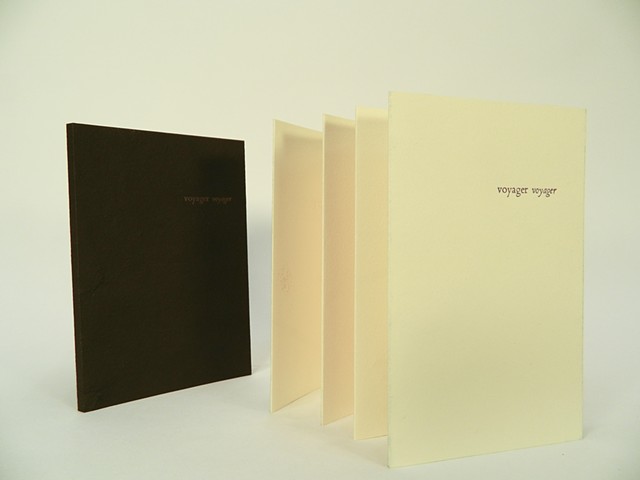 Voyager imagines a conversation between the Voyager 1 and Voyager 2 spacecraft as they prepare to leave our solar system and float into interstellar space. We’re not sure who is talking to whom; the spacecraft may be sending proclamations into the void, they may be speaking to each other, or they may be transmitting information back to Earth. The book’s monoprints evoke the atmospheric edge of the solar system, a place where our sun’s solar winds come to rest. The book’s first linocut, which resembles a star, is also a reference to the mapped location of Earth engraved on the Voyager’s golden record. The book ends with a silhouetted image of the Voyager spacecraft itself, pointing its antenna in Earth’s direction.